In Part 1 of this tutorial series on adding particle effects in your game using Corona SDK, we used the free and open source library CBEffects to make a cool rocket blast off effect. By simply adding a decent background image, your game would look similar to this –

In Part 2 of this tutorial series we’ll use an external GUI tool, export the particle effect and then load it into our game using the built-in display.newEmitter() function that was introduced to Corona SDK in 2014.

As described quite thoroughly in the post Corona Particle Tools and Data Formats, the workflow to use the Corona built-in display.newEmitter() function starts with you designing your particle effects using an external GUI particle design tool (or emitter authoring tool). These GUI particle design tools allow you to create, edit, export, and import particle emitter data.

For this session we’ll be using the Free online particle editor by OnebyOneDesign.com, but I encourage you to check out the Roaming Gamer’s Particle Editor tool that allows you to create and edit particles on Windows, Mac and your mobile devices. If you are exclusively a Mac user, you might also want to check out the feature rich Particle Designer 2.0 by 71Squared.com.

We will be re-using most of the code that we created in the previous tutorial Code Basics – Add Particle Effects in Your Game – Part 1.

The easiest way to continue on here is to create a copy of our previous Corona SDK project. Alternatively, if you are starting here just create a new Corona SDK projects titled “Basic Particles 2”, then go back to Code Basics – Add Particle Effects in Your Game – Part 1 and copy the main.lua code at the end of the tutorial into your main.lua project file. Additionally, ensure your config.lua file is the same as that shown in the previous Part 1 tutorial.

The content within your “Basic Particles 2” project directory should look the same as shown below. Note: I removed the CBE folder that was used in Code Basics – Add Particle Effects in Your Game – Part 1.

Open up “main.lua” in Sublime Text (or whatever text editor you use) and the code should look like the following – [Note: The previous code and references to the CBE library have been removed below]

With the code above, if you launch the app using the Corona Simulator you should see the basic touchable app that launches the rockets without any particle effect goodness. It will look like the following –

Now that we have the basic game play ready, head over to the Particle Editor at OnebyOneDesign.com where we will design our rocket particle effect.

We will change the settings of the online particle editor to look like a white-hot pink fire ball to emulate our rocket exhaust once it fires up. It should look similar to the following screen shot –

Ensure that your particle parameters are set to the following values

Note: The Rotational (Radial Emitter) properties are not applicable in this case.

Note: Set all the Particle Colour Variance properties to Zero.

Once your parameters are set and you are happy with your particle design, click on the “Export Particle” button and you will be prompted to Save a file called “particle.zip”. Save this .zip file to the root level of your Basic Particles 2 project folder as shown below –

Un-zip / extract the files by right-clicking on the .zip file and selecting Extract All.. or use 7-Zip if you have it installed. There will be two files in the extracted .zip folder –

Once you have done this you can delete or archive / move the .zip file that was exported from the online particle editor.

For the explosion effect, ensure that your particle parameters are set to the following values

Note: The Rotational (Radial Emitter) properties are not applicable in this case.

Note: Set all the Particle Colour Variance properties to Zero.

Similar to the previous particle exporting process, click on the “Export Particle” button and you will be prompted to Save a file called “particle.zip”. In the same manner as described previously, un-zip / extract the files. You only need to retain the “particle.pex” file in this case. Rename this file from “particle.pex” to “rocket_ignite.pex”, and then save it in the emitters folder created earlier.

With the .pex particle effect files we need to do some pre-processing to load them into a table that can be passed into the built-in Corona SDK function display.newEmitter( EmitterData ), where the argument EmitterData is effectively a table of parameters used to define the Emitter Object that gets created and returned when calling display.newEmitter().

To pre-process the .pex particle definition files in a format the can be consumed in Corona SDK, we will use the Ponywolf Pex4Corona library.

Note: There is an alternative to using the Ponywolf Pex4Corona library that involves using 3 library files (modules) that come in the EmitterBasic2 sample that is packaged with the Corona SDK installation files on your computer. They are located in the location as shown below. Despite this, I prefer only having to include 1 extra library file by using the Ponywolf Pex4Corona library.

First off, head over to the Ponywolf Github page to download the Pex4Corona particle loader library.

Click on the “Download ZIP” button on the right side of the Github page as shown in the image above. Save the file “pex4corona–master.zip” to any location on your computer and then un-zip / extract the files by right-clicking on the .zip file and selecting Extract All.. as shown below (or use 7-Zip if you have it installed).

The extracted folder structure should look something similar to that below. We will actually only need to include the folder titled com in our own project, but you can look at the main.lua file that is included in “pex4corona–master.zip” on how to use and call the pex loader module. (Note: We’ll go over usage of the library as we continue our Basic Particles 2 project below).

The only folder that we need to add into our project is the com folder that was included in the entire pex4corona-master download from Github. The actual .pex loader module is called pex.lua.

Copy the com folder across to your project and place it at the same level as main.lua (often called the root of your project). Your folder structure should look similar to this –

Within your Basic Particles 2 project folder, you should have the following –

The com subfolder that contains –

The emitters subfolder that contains –

Now that we have –

…we are now ready to get back to our game and implement these particle effects !!

If you closed down the project we created earlier, open up “main.lua” in Sublime Text (or whatever text editor you use).

To start off with, we will load the pex data into a format that can be consumed by the built-in Corona SDK particle object display.newEmitter(). We will then position the two particle effects on the screen statically just to check they load similar to how they looked in the external GUI tool.

With the code above, your app should now behave like the following –

Next, let’s position and stage our particle effects so that the following happens –

The code below accomplishes this, and I will describe the main additions / changes here –

Note: For a listing of all emitter object parameters that are set and that can be changed at any time (like we did programmatically above), check out the Corona SDK documentation on the Emitter Object.

With the code above, your app should now behave like the following – (Note: In my version I added a nice little space background for extra impact ! )

If you made it this far and understood the step-by-step process of creating Particle Effects using the built-in Corona SDK display.newEmitter() function, Awesome Stuff!

Once again…. you could easily expand upon this app to create a basic children’s game that could be published to the App Stores with a bit of polish.

If you are looking for a nice background and some artwork to expand upon your game so that it looks professional and polished, I recommend you check out – 99designs.com

(Click here for a  $25 discount to all mobile traffic 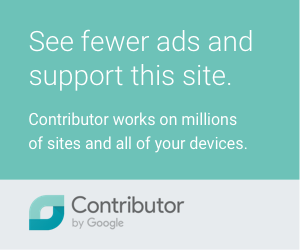